Covid in the Afterlife 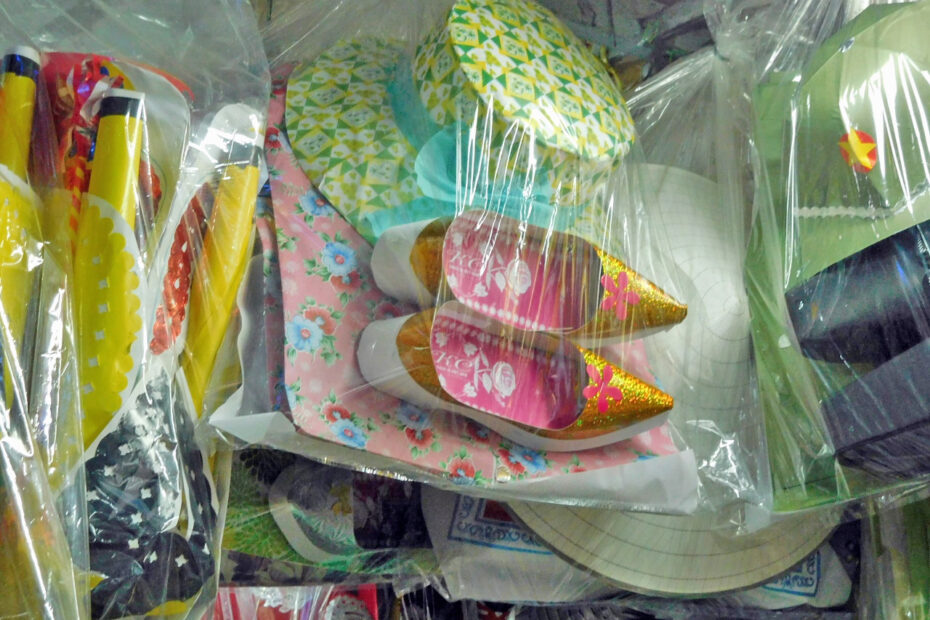 At the beginning of April, Chinese communities in China and in Southeast Asia celebrate Qing Ming, also known as” tomb cleaning day”. There is a similar custom in France on 1st November. But there is a difference . For the Chinese, one can also burn paper objects which represent things the deceased might want in their after life.

As can be seen on the photos above, these may include a house (of rather large proportions) a car, a maid, complete with broom and a mahjong table.

Vietnamese people also burn this type of objects and they can be purchased from markets. Traditional offerings are cars or clothes, but if you are unsure what to provide, you can always fall back on cash (not real!). It is interesting to note that, quite often, the currency chosen is the American dollar, rather than the dong.

In the past few years, these paper offerings have followed the fashion: you can see in the photo on the left, one of the first mobile phones and a few years later, computers and tablets have also appeared on the stalls. In 2016, Gucci threatened to prosecute the makers of these paper objects as there were fake Gucci bags among them.

However, one of the most surprising developments has been the 2021 vintage : a protection kit against Covid, consisting of goggles, face masks, hand gel and a thermometer (no vaccine yet). As I cannot travel, I do not have any photos but you will find them on the Internet.

previousWhere would you find these two replicas of the Holy Sepulchre?
nextthe Snob, the Curmudgeon, the Seducer and others…