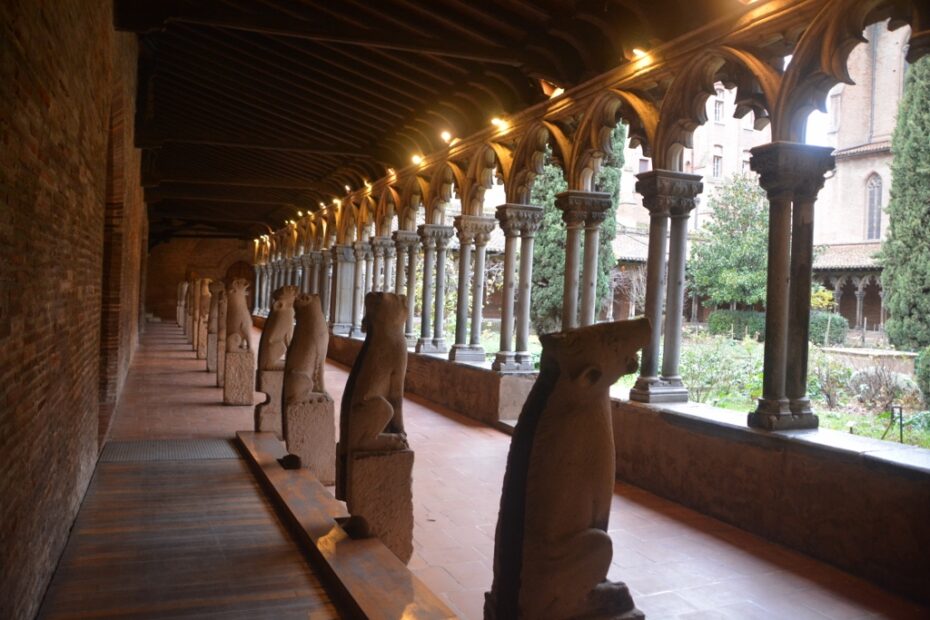 You may not have heard of him. I hadn’t until we went to Toulouse for a short break in December 2021. We went to the Musée des Augustins, but it was partly closed for renovation so that the exhibits were very few. Among these was a series of terracotta statues painted in white, including Agabus, which had been sculpted by Marc Aris in the latter part of the 17th century.

The label was quite a surprise as I learnt that Agabus was a wealthy man from Jerusalem who had wanted to marry Mary, the mother of Jesus, but had been refused by the High Priest of the Temple who had been designated to find her husband.

I had never heard this story, so tried to find more on the Internet. Apparently several young men had postulated to marry her. In order to choose the the right one, the priest had given each of them a bare stick and had declared that if one of them flowered, he would be chosen. Joseph was the one who fulfilled the criteria.

This is how I learnt that Saint Joseph is often represented holding flowers, usually lilies in memory of this episode. The photos I saw on the Internet looked quite familiar, so I was reasonably certain to find a similar one among the hundreds of photos I have taken in churches in France over the years. But scrolling through folder after folder brought me no joy. I did eventually strike lucky with a photo taken in Saigon in the cathedral built by the French with bricks from … Toulouse!

All this need to put into its religious context, which may be difficult for non-believers. The Annunciation has been depicted countless times by artists and sculptors, but it is not easy to decipher from these works what emotions Mary may have felt at that particular time. I am showing her a fresco dating from the 12th century, currently exhibited in the museum in Livorno (Leghorn)

I have not come across many representations of Joseph receiving the news from an angel but there is one on a capital in the cloister of Monreale, near Palermo. It also dates from the 12th century and was realised during the Norman period in Sicily. I am amazed at how the sculptor managed to convey the mixture of fear and perplexity that must have gripped him when an angel delivered his amazing message.