Greece before Greece: The Cyclades and Crete 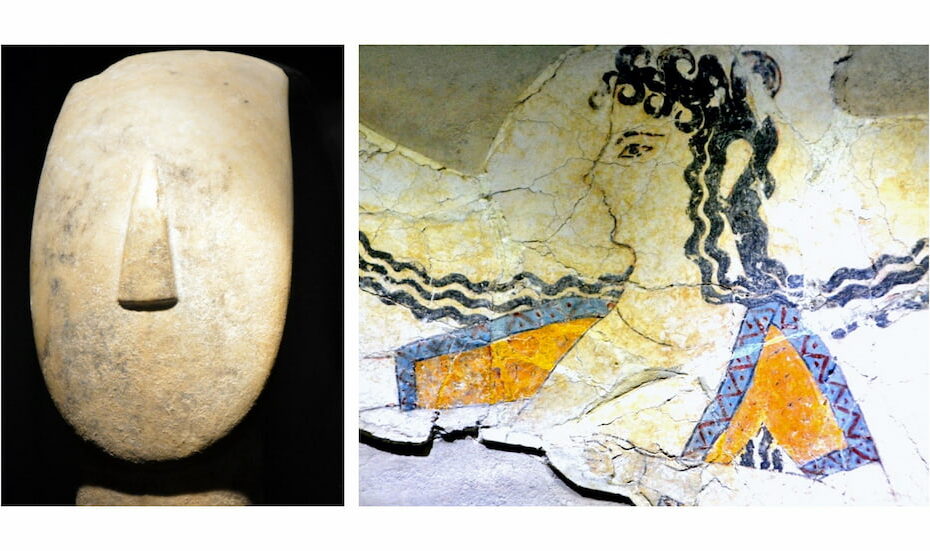 Until the late 19th century, very little was known about “pre-classical” Greece. Thanks to handful of determined and inspired archaeologists, several brilliant unsuspected civilisations were discovered. Around 1880, Christos Tsountas, a Greek, unveiled the Cycladic civilisation whose semi-abstract figurines still fascinate and have not yielded all their secrets. In 1900, in Crete, an Englishman, Arthur Evans started excavating the site of Knossos and revealed the splendours of the Minoan civilisation.