The perils of lecturing 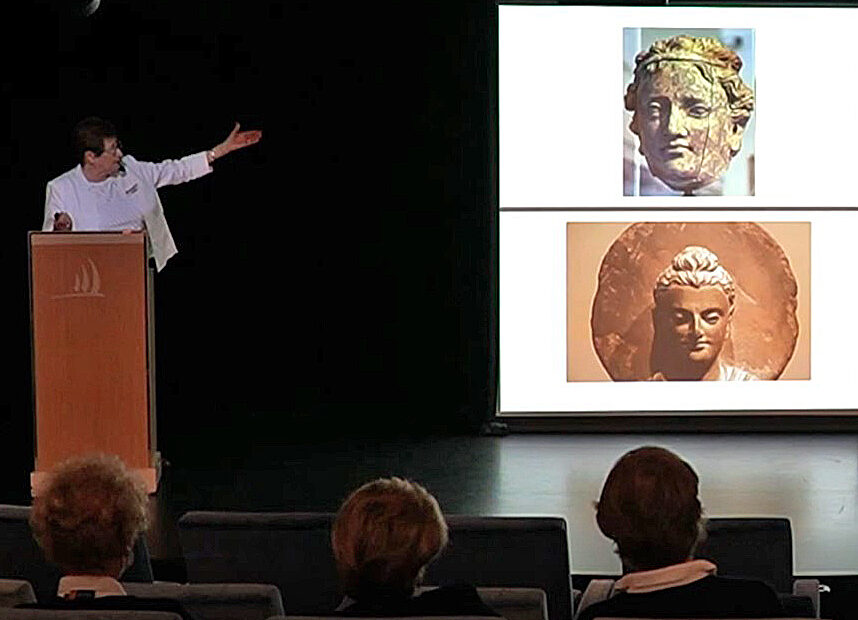 No matter how many times you have done this before, there is always a slight moment of self-doubt as you face a new audience. You could call it stage fright!

But problems may have started even before you get to that stage. Most of the time, it has to do with the equipment supplied. Many, many years ago when one still used slide projectors, it was always better, if slightly inconvenient, to travel with one’s own projector and carousels. I have had to change every slide manually when the remote control did not work! It was also crucial to number the slides and mark them in a way to make sure they would not appear upside down or back to front, as not doing so could really mar a presentation. I remember an incident when a lecturer had let some member of staff load the projector. Unfortunately, this helper had dropped the carrousel but, rather than own up to the misadventure, had just replaced the slides willy-nilly in any order. You can imagine how perplexed the lecturer was when the slides appeared in the wrong order.

Even with new technology, there are still problems. It is essential to check that one’s equipment is compatible with the system before the room fills up, so that you are not fiddling with adjustments for sound etc. while the public are filing in. Even with following the rules, there may be unwelcome surprises. I was once on a large ship where several lecturers and presenters used the theatre in rapid succession. We had all tested our computers and slides beforehand, but, of course, the technicians that were present were not always the same. I was giving a lecture on Barbarian invasions and had prepared a complicated slide with expanding arrows on a map to illustrate some of the migrations. I had already used this slide without any problem. However, on that day, for reasons that were never really understood, the background map had disappeared, and the arrows appeared on a blank can vas. I felt like a weather presenter on TV (I am told they do not really have a map in front of them). Fortunately, the public were very understanding. Once the lecture was over, I tried to see with the technician what had happened: he mumbled something about colour adjustments having been fiddled with by someone else… I have never had problems with this slide again.

I often prepare handouts to complement my lectures. (It is now much easier, and the final product is much more attractive with the help of computers.). About 20 years ago, we were travelling in Indonesia and I had been invited to give a lecture in one of the rooms of the museum in Jakarta to members of the Ceramic Society. I had been rather surprised to be introduced as being “retarded” rather than “retired” as the MC had misread the few introductory lines I had sent ahead. Anyway, I started, not knowing that the handouts had already been given out (usually, I prefer to distribute them at the end of a lecture). About 20 minutes into the lecture, the air-con spluttered and gave out. I soldiered on as the temperature rose steadily. At the end of the lecture, the MC came to see me and told me that the wife of a certain ambassador wished to congratulate me. Indeed, this lady rushed to me and beamed “Your handout was wonderful”. You can imagine how pleased I was. However, I was rapidly chastened when she added: “It was great as a fan when the air-con broke down”.

previousA visual guide to the life of the Buddha
nextWhy are tombs in Sumba so different?

1 thought on “The perils of lecturing”