The Pantheon, a capsule history of France 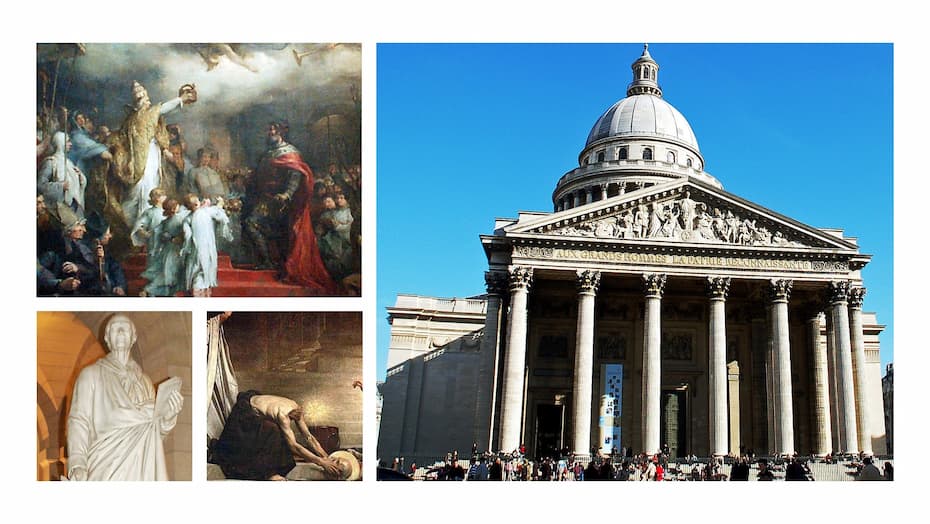 The Pantheon is situated in the Latin Quarter in Paris, near the Sorbonne. Originally designed as a church just before the French Revolution, it became a mausoleum dedicated to the “Great Men of France”. The inside is decorated with paintings and statues commemorating important events in French history. In the crypt famous writers such as Voltaire, Jean-Jacques Rousseau, and Victor Hugo are buried, as well as scientists (Marie Curie) and heroes from the Resistance (Jean Moulin) during WWII. The tradition of burying somebody in the Pantheon, or transferring their remains into the crypt, still exists, and it always causes lively debate when somebody’s name is put forward as it is considered a great honour.

previous“Our ancestors the Gauls were blond and blue-eyed”
nextFrance, “the eldest daughter of the Church”