Peter and Andrew, Rome and Byzantium 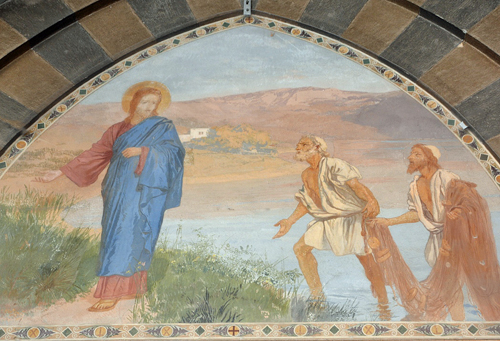 Two brothers, Andrew and Peter, both fishermen, were called by Christ and became founding members of the Church. Peter, as is well-known, received the “keys” of the Roman Church and the Popes are his successors. According to tradition, Andrew evangelized the area around the Black Sea and is considered as the founder of the Church in Byzantium, later Constantinople.

This presentation looks at the relationship between the two Churches over the centuries, unfortunately marred by political concerns. In 1964, pope Paul VI presented the Greek patriarch Athenagoras with an icon portraying the two brothers embracing to symbolise the hope of a fraternal reunion between the two Churches, Catholic and Orthodox.

previousWhat can be found inside these sinister-looking buildings?
nextCycladic culture